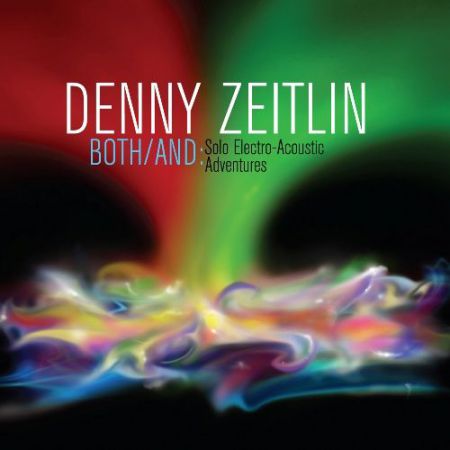 Pianist/composer Denny Zeitlin has never been one to limit himself and his musical expression. In the late 1960s, he began to experiment with electronics as an expansion of his timbral range, as he wasn't satisfied with the limitations of the acoustic piano trio. Zeitlin's interest in electronics hasn't waned and he has recorded Both/And to embody his recent experiments with electronic instrumentation.

Zeitlin's recording career began in the early 1960s with a flurry of jazz related recordings, first as a member of flautist Jeremy Steig's ensemble on Flute Fever (Columbia, 1964) and then three releases of his own with a trio: Cathexis (Columbia, 1964), Carnival (Columbia, 1964) and Live at the Trident (CBS, 1966). It was after these releases that Zeitlin began to explore the world of synthesizers and electronic manipulation alongside his acoustic piano settings.

It wasn't until the mid-1970s that Zeitlin would release any of his electronically enhanced music. His record Expansion (1750 Arch Records, 1975) and Syzygy (1750 Arch Records, 1977) featured the pianist along with an arsenal of electric keyboards and synthesizers along a rhythm section, featuring percussionist George Marsh and either Mel Graves or Ratzo Harris on bass. Zeitlin effectively utilized elements of jazz, funk and avant-garde to make a handful of unique recordings. Ultimately, Zeitlin would score the 1978 remake of Invasion of the Body Snatchers, which was the grand culmination of incorporating electronic instruments with acoustic, including an orchestra of strings and winds.

Zeitlin's focus shifted back to more acoustic settings throughout most of the 1980s and 1990s. After 2000, he began to drift once again toward electronic instruments, which were becoming much more advanced. Zeitlin rebuilt his home studio and started to experiment with a variety of synthesizers, sequencers and effects to create varied solo compositions that sound like organized ensembles.

On Both/And, Zeitlin has recorded a collection of compositions that were created by overdubbing element upon element to make lushly arranged pieces of music featuring keyboards, woodwinds, percussion, etc. The only acoustic instrument appearing on the album is his Steinway grand piano.

Zeitlin invokes the spirit of Weather Report on the string laden opening piece, "Meteorology." "Dawn" is a reflective piece featuring a duet between bass and strings. The aggressively percussive "Tiger, Tiger" is in a tricky 15/8 time signature and is inspired by a William Blake poem. A beautiful solo piano leads into "Kathryn's Song" which then blossoms into a full quintet, all parts by Zeitlin. Beginning subtly on acoustic piano, "Dystopian Uprising" is an intriguing piece taking inspiration from 20th century classical music, pinning the piano versus a string section. "Charango Dream" is a South American infused trio of flute, bass and vibes.

"Monk-y Business Revisited" is a suite that Zeitlin recorded with the assistance of synthesizer pioneer Dr. Pat Gleeson and partly in his studio in Los Angeles. Zeitlin returns to his composition "Monk-y Business," originally recorded in 1989, and builds on it with sounds of a full orchestra. The different sections are all intriguing and varied.

Denny Zeitlin has proven over his career that he is a constant experimenter and ever interested in refining his position as a musical innovator. Both/And is a tremendous example of what a gifted musical mind can achieve with a thoughtful approach and the advances of technology.
Eser Listesi 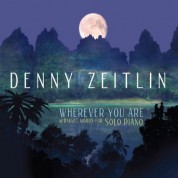 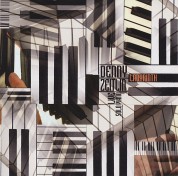