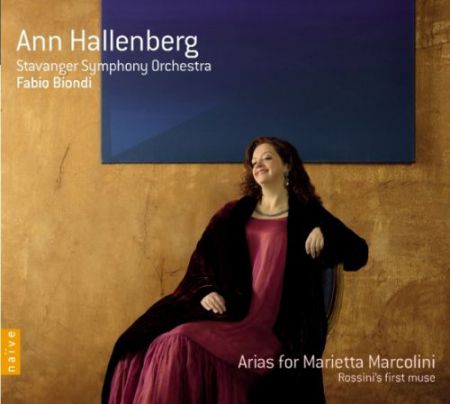 By creating roles to measure for her, as in La pietra del paragone and L'Italiana in Algeri, and exploiting this interpreter's uncommon resources more fully than had other composers before him, Rossini ushered in the fashion for a new type of comedy, the brilliant, virtuoso comedy of which he was to remain the master until Le Comte Ory (1828).

Unlike the numerous recorded recitals devoted exclusively to Rossini, this one presents the young Rossini in the context of the Italian musical theatre of the second decade of the nineteenth century. It includes extremely well-known arias like the spectacular rondo of L'Italiana in Algeri or that of L'equivoco stravagante, the original version of Clarice's rondo in La pietra del paragone. But it also reveals also the richness and variety of the pre-Rossinian composers who are forgotten today.

Hence the fact that the recording includes 4 arias in world premiere recording.

The Swedish mezzo-soprano Ann Hallenberg has become established as one of Europe's leading mezzo sopranos. Her operatic repertoire includes a large number of roles by Rossini, Mozart, Gluck, Massenet, Handel, Vivaldi, and Monteverdi. Equally at home on the concert platform, she frequently appears in concert halls and festivals throughout Europe and North America.

With this recording, NAIVE launches a new series of CDs called NAIVE DISCOVERIES, which will assemble our enthusiasms for rare repertoires, atypical projects, releases distinct from signings of exclusive artists or production contracts spread over several years. 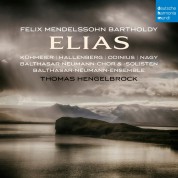