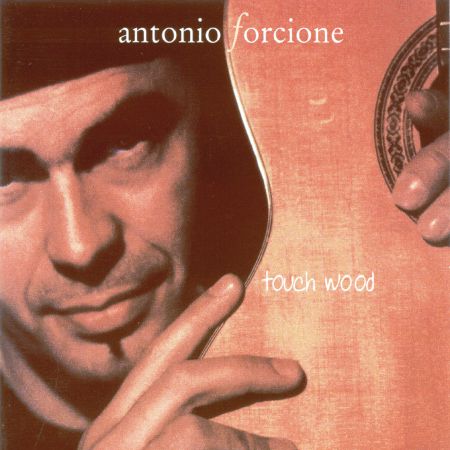 Antonio has been hailed as »the Jimi Hendrix of the acoustic guitar« and his live performances have established him as one of the most charismatic and talented musicians working in the UK today, a sentiment that would be echoed by his many fans the world over.

"Touch Wood" develops themes touched on in previous recordings, resulting in an album that is inspired as much by Italian folk music and Pat Metheny as it is by Brazilian, Spanish and Cuban music.

Antonio has spent the last two years perfecting the set and performing live with his new quartet. The three musicians with whom Antonio has chosen to work bring another dimension to this album, and the benefits of their close working relationship are very noticeable. Jenny Adejayan on cello, Adriano Pinto on percussion and Giorgio Serci on guitar make up Antonio's quartet, accompanying him on twelve and six string guitars and his custom-made, fretless Uddan.

Sabina Sciubba, who recorded once before with Antonio for the Naim Label, makes a special guest appearance on "Touch Wood". Their album "Meet Me In London" met with great critical acclaim. They duet on "Mirror Mirror", which was written by Antonio and Sabina. "Touch Wood" also features gypsy singer Diego el Cigala, rising star of the Spanish Flamenco scene. 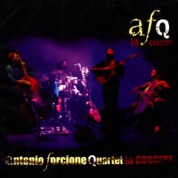