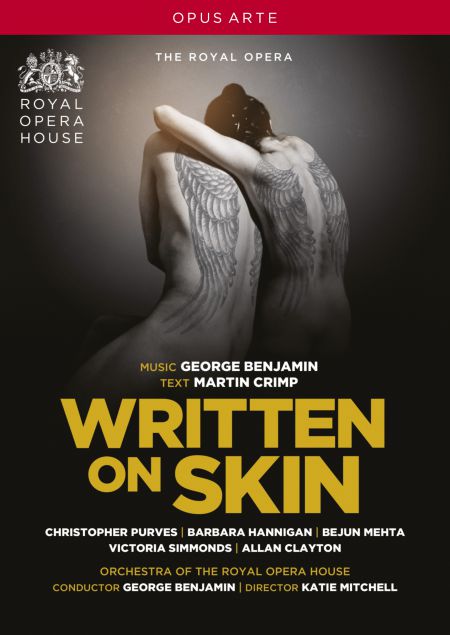 "Magic and irresistible ... It is the best opera written over the last twenty years." (Le Monde)

"Written on Skin is close to being a masterpiece." (Le Figaro)

"Would the opera work so well without a Protector as adept at portraying cruel, complex characters as baritone Christopher Purves, or a soprano combining fierce presence with such pure tone as Barbara Hannigan, or a countertenor Boy sounding as beguiling and other-worldly as Bejun Mehta? Perhaps not quite. But it would still be a musical masterpiece." (The Guardian)

"This is music of genius. It also draws superb performances from a flawless cast: Christopher Purves (the castellan), Barbara Hannigan (his wife), Bejun Mehta (the artist), and Allan Clayton and Victoria Simmonds as the choric angels, who seem to instigate as well as observe the action.

Benjamin’s conducting of his own music was literally authoritative, and the orchestral playing was ravishing. After a long run of mediocrity at the Royal Opera, what joy to encounter something as enthralling and enchanting as this.
" (The Daily Telegraph)
Katkıda Bulunanlar
Bu Ürünler İlginizi Çekebilir