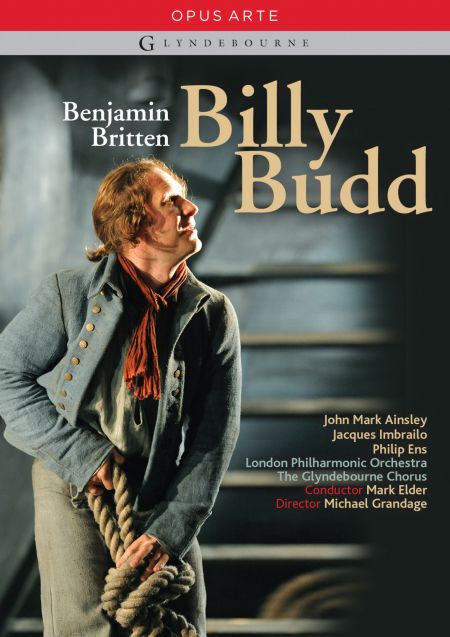 Glyndebourne has a proud association with the operas of Benjamin Britten, however until 2010 had never staged Billy Budd. The all-male opera with a libretto co-written by E.M. Forster, is based on the battle between pure good and blind evil, and is set on a British man-‘o-war ship.
Michael Grandage, Artistic Director of the Donmar Warehouse, chose this work to make his long-awaited operatic debut. Sir Mark Elder returned to conduct, marking the 100th opera production in his illustrious career.

"Elder's unerring sense of theatre puts him absolutely at one with the stage in every episode. He's clearly the guiding spirit of this Billy Budd. The production has been directed with laudable unobtrusiveness by Michael Grandage...Video director Francois Rousillon does exceptional work here, with the precision of HD a constant pleasure. Opus Arte's recorded sound is superb." (International Record Review)

"...this is the most compelling Billy Budd..." (BBC Music Magazine)

" John Mark Ainsley gets to the heart of Vere, every close-up showing an artist immersed in his role..." (The Gramophone)
Katkıda Bulunanlar
Bu Ürünler İlginizi Çekebilir