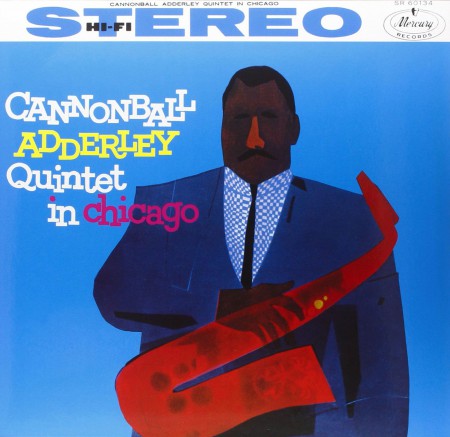 For an altoist to be dubbed 'the new Bird', following the death of the great or perhaps even supreme Charlie Parker, is certainly more than flattering. But it is not so easy to be dispose of such a tag. Julian Edwin Adderly, better known as 'Cannonball', certainly did not need such labelling – he was great in every sense of the word and admired for being what he was – and that was in no way insignificant! Just as imposing as his stature was his art of playing – snappy, racy and incredibly rhythmical. So it was really no wonder that Miles Davis recognized in him the perfect counterpart to John Coltrane and augmented his quintet to a sextet in 1958, recording his now legendary album Kind of Blue in March and April 1959. The present album, recorded by the Cannonball Adderly Quintet in February of that year, is also possessed with the very same genius. The common factor is Davis, for all musicians at the recording session played with the Miles Davis Group. There is an intimacy here that is clearly recognizable in Cannonball's solos, where one can already hear the influence of Davis. This recording represents a jazz happening of the highest order, with breath-taking solo dialogues between two giants of the saxophone at the very height of their art. 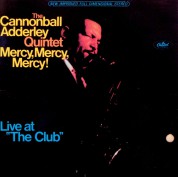