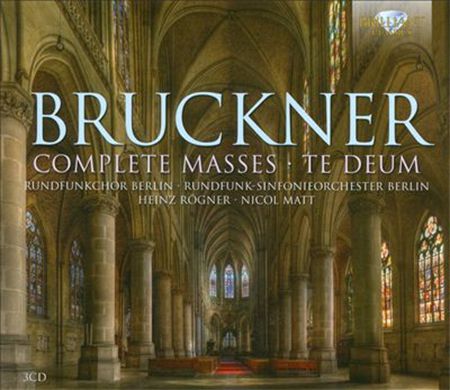 Described and caricatured as an eccentric and even as a late developer, Anton Bruckner, born in Linz, Austria, in 1824, is today considered one of the greatest late-Romantic composers. Famed for his symphonies – grand, epic creations that are individually linked responses to the notion of absolute music – Bruckner was also a fine choral composer. This 2CD release is dedicated to his three Masses and Te Deum of 1884.

Indeed, Bruckner was not quite forty by the time he came to write his Mass No.1 in D Minor. An extraordinary modern work, it was universally acclaimed upon receipt of its first performance, and was essentially responsible for Bruckner finally leaving the excessively long years of study behind him. Its success also spawned the Mass in F Minor, a work that coincided with important biographical events in the composer’s life – including the death of his venerated teacher, Simon Sechter. While the Third and final Mass was written for choir and 15-strong wind orchestra, a combination suited to the work’s open-air premiere on the Linz Cathedral Square, the Te Deum – perhaps the composer’s finest piece of choral writing and one which is musically related to the Seventh and Ninth Symphonies – was composed between 1881 and 84. When Bruckner realised that he would not be able to complete his Ninth Symphony, he is said to have considered using the Te Deum as its final movement.

The Chamber Choir of Europe and the Rundfunkchor Berlin are the two eminent choral bodies featured on this release, expertly directed by Nicol Matt and Heinz Rögner respectively and accompanied by a host of acclaimed soloists. All in all, this is an engaging release that represents a worthwhile addition to Brilliant Classics’ ever-expanding vocal catalogue.

Other information:
- Recordings: September – October 1988, Christuskirche, Berlin†; 20–25 January 2003, Württemberg*
- Anton Bruckner, a devout Austrian Catholic, is the creator of 9 mighty symphonies, cathedral like structures “den lieben Gott gewidmet”, which in their vast religious scope might be described as masses without words. Bruckner wrote 3 “official” Masses and a Te Deum, works of startling originality, power and mysticism, taxing the choral and orchestral forces to the utmost.
- Performances by two excellent German choirs, the Chamber Choir of Europe, and the Rundfunkchor Berlin.
- Booklet contains liner notes and the complete sung texts. 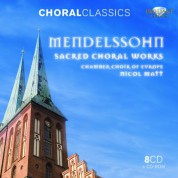 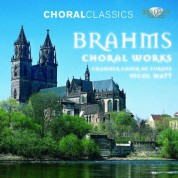 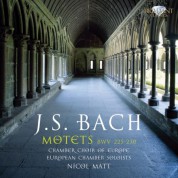 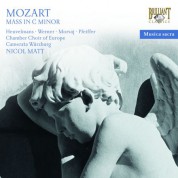 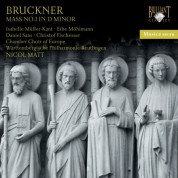