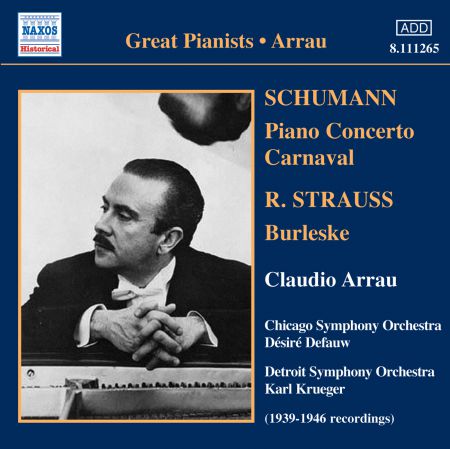 This third Naxos volume of Claudio Arrau's recordings from the 1930s and 1940s includes two performances set down in an incredibly short period of time. Richard Strauss's Burleske was recorded at a morning session on 13th April 1946 at Orchestra Hall in Chicago, followed immediately by Weber's Konzertstück (Naxos 8.111263). The 1944 recording of Schumann's Piano Concerto was recorded in one session of one hour and 45 minutes, with the first side of the second movement and both sides of the last movement done in single takes. The 1939 recording of Schumann's Carnaval is one of Arrau's finest recordings. A contemporary reviewer stated that, ‘This magnificent recording shows convincingly that Carnaval is one of the masterpieces of piano literature and that Arrau is a great pianist… The recording itself is of the highest quality, better far than any record previously made by Arrau, and the performance – as I ought to have made clear by now – is of supreme artistic value and completely satisfying in every respect.' 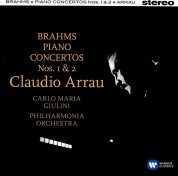