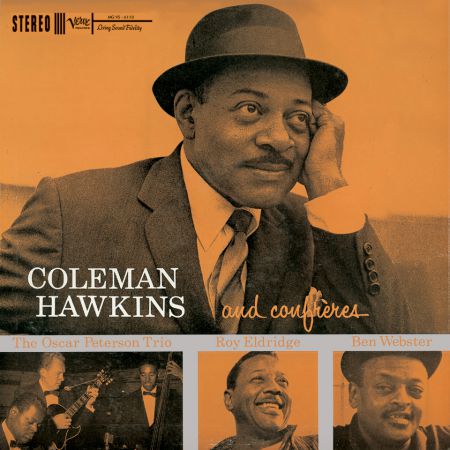 Surely there is no better number in which one can enjoy two tenor saxophones ‘with a big sound’ (and by that one means a meaty, fat sound, loud and expressive yet melodious) than “Maria”.

Ben Webster had long passed along the path of imitator, then pupil to himself become a master. His ‘college attendance’, as one might put it, in the Duke Ellington Orchestra gave him a sureness of expression in his great showpieces and he also learnt to hold his own against such musical giants as Paul Gonsalves and Jimmy Hamilton.

‘Hawk’ was able to thoroughly enjoy his fame in numerous Jazz At The Philharmonic concerts given all over the world, where, of course, he had to assert himself against many other saxophone players. Two such JATP ensembles are to be found on the “Confrères” LP. The relaxed atmosphere is particularly noticeable in the title “Sunday” in which Roy Eldridge comes into the limelight with a brilliant solo. And just listen to George Duvivier's marvellous bass playing (in “Nabob”!) where he certainly has no reason to hide in the shadow thrown by Ray Brown. “Hanid” is nothing less than up to the mark; “Dinah” - another number with a solo by Eldridge. Coleman Hawkins’s voluminous, supple sound which had a great influence on the styles of musicians ranging from Dexter Gordon and Sonny Rollins up to Joe Lovano, is best to be heard after Roy’s solo in “Honey Flower”.

So, lots of reasons to re-release this album, especially considering that only a few collectors will possess the original release which is surely no longer in mint condition. 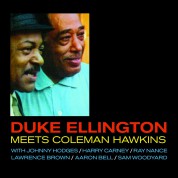 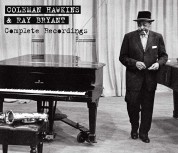 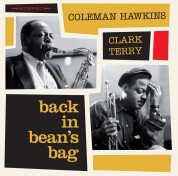 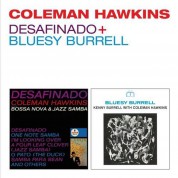 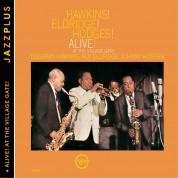