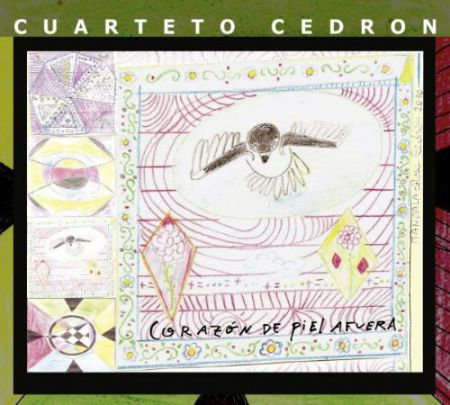 In this album ' the part devoted to Miguel Angel Bustos ' you will come across some poems where the blend of tenderness, innocence, the unfathomable beauty of a small child, the never-ending sadness of an orphan, cold solitude and at the same time, intense love, warm and soft like the sun will leave you breathless. The embalmed young lady ('La Señorita Muerta') who manages to become a pure beauty and seduces whoever turns up; a lullaby for a serial killer who in turn is also killed himself ('Canción de cuna para Godino') ; the many facets of the utopian city of San Jamás; the wounds, moments of sweetness and illusions of love ' is this reality or fiction? The incredible portraits of the prodigious flautist ('Ah la Flauta') and the poet of multiple faces ('el Irlandés'), all generous or coarse, to avoid over-simplification, a religion not professed within the Cuarteto. What year does the action take place in when Juan Cedrón sings a huella ('Colombianas del Ecuador') that sounds like it did a hundred years ago? The only thing we have that has no limits is our imagination.
And other stories: the ones from memory and the soliloquies, inevitably every bit as creative! All these stories becoming one with the voice inventing them or recounting them from memory. Juan Cedrón's ample, swelling tone is that of the Cuarteto too, a voice that is both melody and stage for a one-act show, impossible to repeat, yet multiple, where the actor makes us believe he's a real man...or a man who's laughing or suffering his own song and he has us believe he's nothing but a simple actor, whereas the only real thing is his voice, authentic in its pure illusion and the way it feels at the hypnotic moment of the tale. A thousand and one nights to ravel and unravel the world, like anyone who could put a living, beating human heart together on stage and then take it apart again in full view of a few people who, in exchange for sixpence, forget about time and come and listen for the first and last time to the sirens in the labyrinth of seas, oceans and planets. The fleeting brilliance of souls laid bare... Now we see them, now we don't, now they exist, now they don't. What? Everything. Every single thing can go into this illusionist's box, everything, that is, except songs. Because songs are alive, they never stop beating, for real or for unreal.
Guillermo Pintos 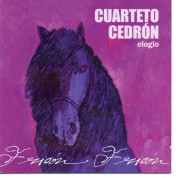