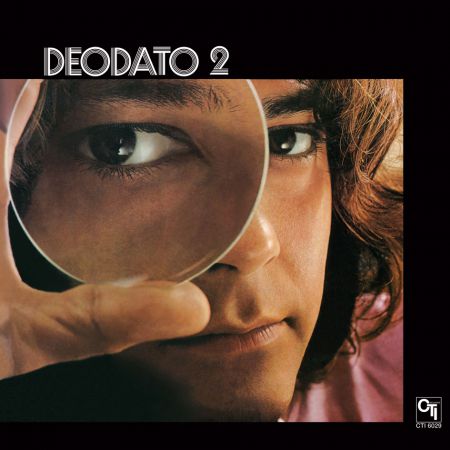 In his early years, Deodato, 'the gift of God', cultivated a highly original art of give and take in his music. His score for Stanley Kubrick’s science fiction film "A Space Odyssey 2001" – a funky, jazzed-up adaptation of Richard Strauss’s bombastic orchestral work "Also sprach Zarathustra" – opened the ears of innumerable cinema-goers to classical music. On the present album Deodato again rocks and grooves with works from past eras: Gershwin’s "Rhapsody In Blue" is reworked rhythmically and enriched, while Ravel’s "Pavane" unfolds hesitatingly over a velvety carpet of sound. And why not win new fans for major musical works? Deodato, the master, and his complex musical apparatus impart a true Latin feeling to these covered works.

The 'new' classic "Nights In White Satin" too, one of the most congenial gigantic hits from the 60s, is staged by Deodato as a miniature slow rock drama just as perfectly as he cultivates his own very pure funky style ("Super Strut"). In Deodato’s arrangements, the powerful instrumental forces open out almost effortlessly and evolve into a gentle flow of sheer pleasure. Everything appears to be simple, although nothing is simple! And therein lies the uniqueness of 'the gift of God'.