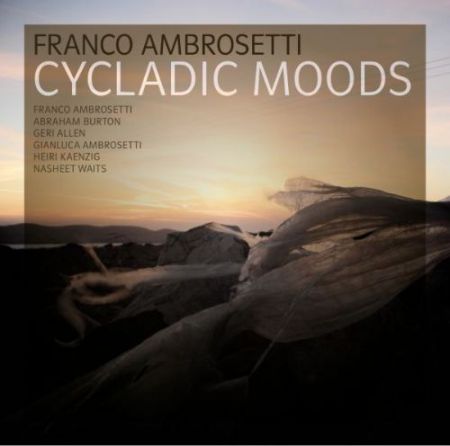 A professional trumpet player since 1961 and an ENJA recording artist since 1980, Franco Ambrosetti is hailed among Europe's finest jazz musicians. Starting at a young age with a first prize for trumpet at the 1966 Vienna International Jazz Competition (under the direction of Friedrich Gulda), Ambrosetti has won a nice collection of awards in several countries. Among them "Best Record of the Year", "Best European Musician", "Best Festival Act", "Musician of the Year in Italy", "Chevalier de l'Académie Francaise". For many years his mostly US produced recordings always joined together the best players of the New York scene (Mike Brecker, Kenny Kirkland, Kenny Barron, John Scofield, Geri Allen, Uri Caine, John Abercrombie to mention a few).

This brand new album was recorded after a 12 concerts tour in Italy and it takes us back to glorious days in a way regarding his musical compatriots. Abraham Burton who has been featured before on three excellent ENJA releases impresses with his masculine, mighty tenor sax playing, pianist Geri Allen renewed her cooperation with Franco so beautifully, Heiri Kaenzig is one of the top European bass players and drummer Nasheet Waits a modern master of his instrument. Franco's son Gianluca Ambrosetti presents the third generation of an incredibly musical family which began with Franco's father Flavio who played excellent alto sax e.g. with Lionel Hampton's band. The electronically altered soprano sax on "Blues for my Friends" is Gianluca's invention.

In recent years Franco developed his musical approach through duo work with partners like Chick Corea and most of all bassist Miroslav Vitous substantially. "Since several years I am working intensively with Miroslav Vitous whose musical conception gave me the opportunity to discover a different and surprising world. The music is approached with a concept of freedom, away from the well known orthodoxy with binding rules like the traditional sequence of theme, solos and final theme. We disregard bar lines and go for free improvisation on simple, mostly modal changes but respect one essential condition ' to listen carefully to each other and picking up suggestions where ever they come from."

A case in point is the extended, long improvisation on Miroslav Vitous composition "Mirobop" ' the players got truly carried away and developed this short composition into a 21 minute exhilarating performance.

On Youtube you will find a beautiful rendition of Horace Silver's classic "Peace" performed in duet by Franco Ambrosetti and Geri Allen at the Lugano Jazz Festival shortly after the recording. 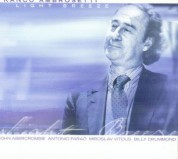