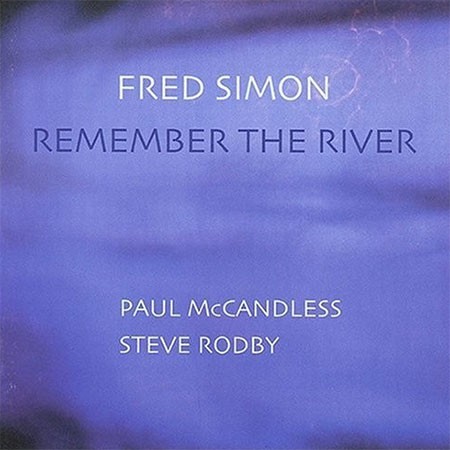 "Remember The River" is Fred Simon’s eagerly awaited second album for The Naim Label. It sees Fred in a trio setting once again, this time accompanied by the musical alchemists Paul McCandless on reeds and Steve Rodby on double bass.

Fred wrote each track on the disc, injecting his sense of beautiful musicality into every inch of the score. The piano sounds as light as a feather under his touch, the bass a perfect complement in Steve’s hands. Paul’s floating and innovative sound has the effect of transporting the whole composition to a higher plane.

For years, Paul has played with the relentlessly innovative group, Oregon, winning many awards and nominations for his playing. He is a talented multi-instrumentalist, as can be seen by reading his list of involvement on "Remember The River".

Bassist and co-producer of the Pat Metheny Group, Steve Rodby has won several Grammys for his work. His rapport with the bass is second to none, easily coaxing out a deep and wondrously rich sound; smooth yet authoritative.

This LP is a True Stereo recording by Ken Christianson. It was recorded live with two microphones, with no editing.
Katkıda Bulunanlar
Sosyal Medyada Opus3a