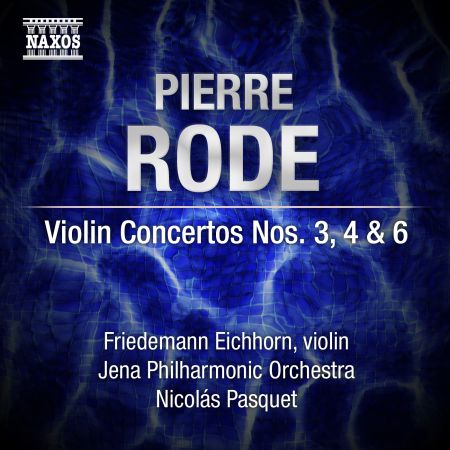 Pierre Rode was one of the giants of the violin world. He was a performer of superb technique—he premièred Beethoven's last Violin Sonata in Vienna—and wrote a large amount of music for his instrument, most prominently 13 concertos. They exhibit the highest qualities of the French School: grace, lyricism, fleetness and fluency. The Third is grandiose and brilliant, the Fourth is tauter and gloriously agile, whilst the Sixth is one of his greatest, most famous and complete statements in the concerto form. The first release in this series, (Concertos Nos. 7, 10 and 13 , earned Friedemann Eichhorn the highest plaudits: "sweetness of phrasing…with the delicacy of a caress—while skirting the technical minefields as if they didn't exist." (Fanfare) 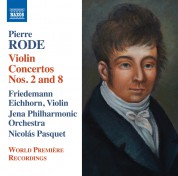