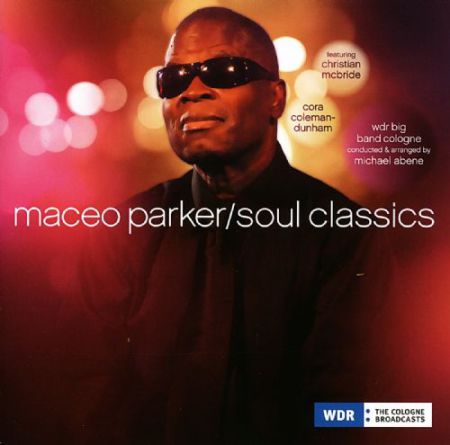 The 'Soul Classics' double vinyl features jazz/funk saxophonist Maceo Parker with his own small combo - bassist Christian McBride and drummer Cora Coleman-Dunham - in collaboration with the Cologne-based 15-piece orchestra led by conductor/arranger Michael Abene. The CD version of the album is also included in the set.

Maceo Parker, the saxophonist who, as a high-profile sideman to the legendary James Brown, pioneered the sounds of funk and soul, is reunited with the WDR Big Band for a collection of soul classics embracing not only that seminal funk sound but also jazz, R&B and more. Since his time as a sideman to James Brown in the 1960s, Parker has collaborated with other high profile figures like George Clinton and Bootsy Collins. At the same time he has established a highly successful solo career, releasing a string of solo recordings that have proved his merits as a composer and bandleader.