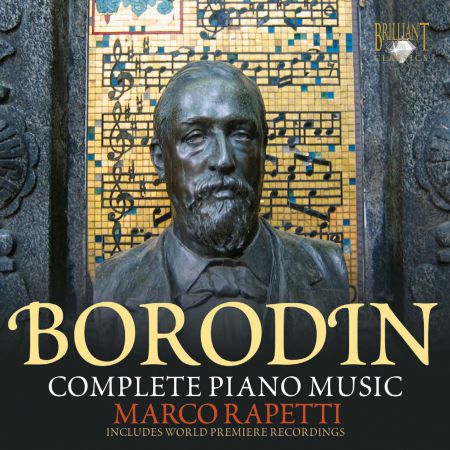 Alexander Borodin was a part-time composer whose primary career was in science. Borodin was a member of the ‘Mighty Handful’, the group of five Russian composers which included Balakirev, Cui, Rimsky Korsakov and Mussorgsky, who established a Russian school of composition building on the legacy of Mikhail Glinka.

Borodin liked to joke, ‘I compose only when I am ill’, and he left a small body of work, much of it in a fragmentary state at his death, which was later edited and completed by Rimsky and Glazunov. However, such is the quality of these works that his place among the greatest of Russian composers is assured. The three symphonies, In the Steppes of central Asia, the opera Prince Igor and the two string quartets are masterpieces.

Borodin studied the piano as a small child, and the earliest work on this survey of his complete output for piano is the Polka Helene, composed when he was just 9 years old. Paraphrases on a Simple Theme was a venture with Lyadov, Rimsky-Korsakov and Cui, with Liszt providing the prelude. Written for fun, they are delightfully witty. The Petite Suite is a collection of short works Borodin composed over a number of years, an example of high class salon music – Borodin knew his Kalkbrenner, Field and Hummel well. The Scherzo in A flat from 1885 is a wonderful work, often played as an encore by Rachmaninov. Ravel admired Borodin, and had studied his music as a teenager, and his affectionate tribute to Borodin is included in the little Waltz in the manner of Borodin.

Other information:
- Recorded in 2008.
- Contains the premiere recordings of ‘In the Steppes of central Asia’ in the composers arrangement for 4 hands, plus premier recordings for the Scherzo in E, Allegretto in D-Flat, Polka Helene, and Adagio Patetico in A-Flat.
- Marco Rapetti has recorded the piano music of Lyapunov, as well as the sonata by Dukas and works for two pianos by Malipiero.
- Comprehensive booklet notes included. 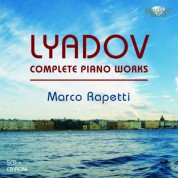 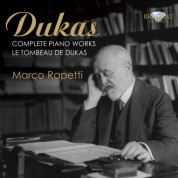