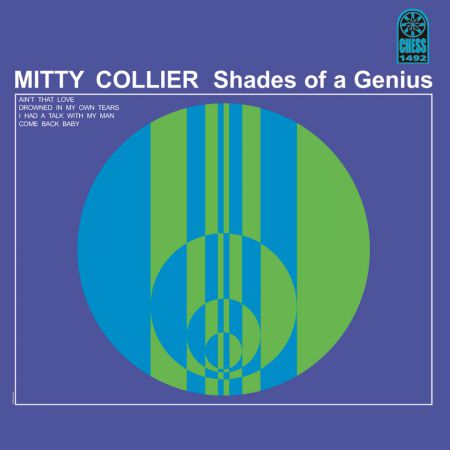 Shades Of A Genius - Plak

At a time when the life-story of the great, blind soul singer Ray Charles is being shown in the cinema and this album by Mitty Collier is on your turntable, the question arises as to whether it wouldn’t be an excellent idea to make a film about her too. And a few more LPs would not have gone amiss either, especially since Mitty Collier’s supple, dusky voice became extremely popular thanks to a few singles which appeared on the Chess label. To the regret of many fans of soul, after a few successful years Mitty Collier retired from the worldly stage and found her niche in the world of gospel. Luckily, a dozen of her best numbers was committed to tape and was made available on vinyl. All of her songs have been excellently arranged for a wind and string ensemble which performs with both reserve and precision. This leaves plenty of room for Mitty’s dark voice which soars up from harsh depths through a rich middle register to astonishingly silken heights and perfectly embodies all the emotional states of the genre. This album has it all: debut, portrait and legacy. Without Mitty Collier’s great voice, the soul recordings of the Sixties would have been a whole lot poorer.