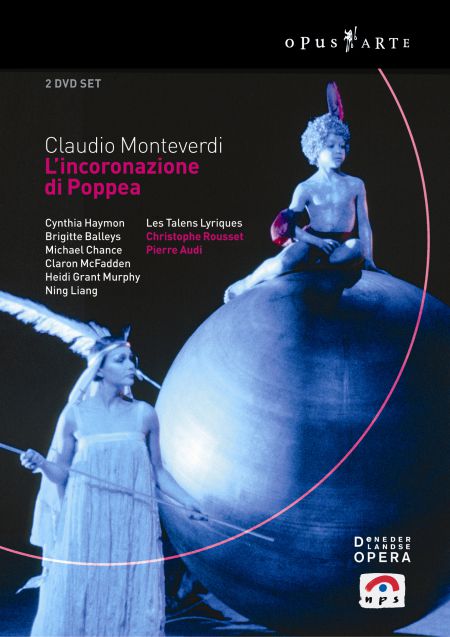 Almost four decades before creating his Poppea, Monteverdi wrote in the preface to his fifth book of madrigals, “The modern composer must create his works solely on the basis of the truth” – a credo to which the music of his final opera is utterly faithful.
Poppea is a potent work from opera’s first true creator and pioneering genius. The fact that, at the close of this highly charged ‘dramma in musica’, he allows evil to triumph over good (albeit temporarily), has frequently led to his being decried as amoral.
Monteverdi’s timeless masterpiece, which creates a modern, deep involvement in performers and audiences alike, is brilliantly captured in this High Definition live recording of Pierre Audi’s moving and beautifully styled production from Het Muziektheater Amsterdam.

"Memorable Monteverdi - Brigitte Balleys’s Nerone was so flawlessly sung that one never missed the more usual tenor casting of the role." (Opera)