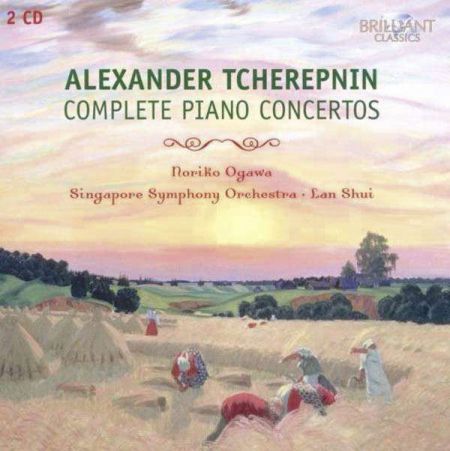 - For the first time available as a 2-CD set: the complete 6 Piano Concertos of Russian composer Alexander Tcherepnin.
- Therepnin’s earlier works stand in the tradition of the Russian Romantics Tchaikovsky and Rachmaninoff. Later he developed his own unique style, in which neo-classical and modernist elements (Stravinsky, Prokofiev) blend with his growing fascination with Slavic-Oriental culture.
- Exotic, virtuosic, colourful and very enjoyable: a wonderful and valuable addition to Brilliant Classics piano concerto repertoire! Excellent recordings by the famous Noriko Ogawa, licensed from BIS.

Alexander Tcherepnin was the central figure in a significant Russian musical dynasty. His father Nikolai, a distinguished composer and conductor, wrote the first ballet for Diaghiliv’s Ballet Russes, and Alexanders son Ivan, and two gransdons Serge and Stefan are also composers. The young Alexander soon became a prolific composer, and became friendly with one of his father pupils, Serge Prokofiev, 8 years his senior. Prokofiev often came to the family home to play his early piano works.As the revolution and civil war closed in on St Petersburg (Petrograd), Nikolai moved the family to Georgia. The wealth of Georgian folk music fascinated Alexander and would influence his later music. When the revolution finally reached Tblisi, the family moved to Paris.
Tcherepnin’s music has been described as spontaneous, fresh and pure in style. It has also been described as a blend of the romantic traditions of Rachmaninov and Scriabin, with the satire and grotesquerie of the young Prokofiev.
The 6 piano concertos span the years 1919 – 65. The first is similar to Prokofiev’s 1st concerto. A one-movement work, and a brilliant concerto debut.
The 2nd concerto is a powerful work with great lyricism, whilst the 3rd is edgy, tense and displays an overtly modernistic style The 4th was inspired by Chinese folklore. No.5 was commissioned by the Berlin Festival, and was premiered in 1963.
The piano part is brilliant and challenging. The 6th concerto from 1965, premiered in 1972 in Lucerne under Kubelik, is a summation of the composers work and wisdom. A large percussion section adds to the lively nature of the outer movements, framing a lushly romantic Andantino, which harks back to Rimsky’s Russian-oriental style.

OTHER INFORMATION:
- Recordings made in 1999.
- ‘Conductor and orchestra seem enthusiastically in control of some obviously demanding scores, and the recording does well with a variety of demands’. (Gramophone, January 2004) 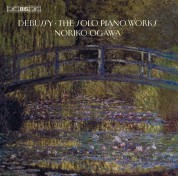 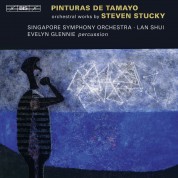 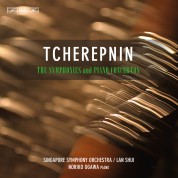 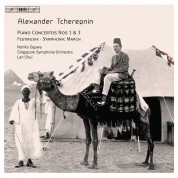 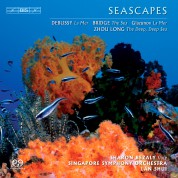