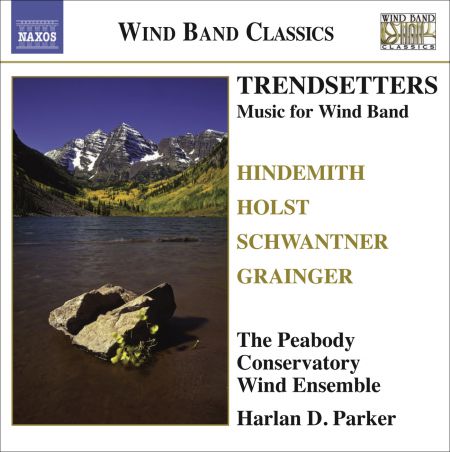 The Peabody Conservatory Wind Ensemble's 150th Anniversary album Collage and its acclaimed recording of the Carmina Burana Suite and other works have secured its reputation as belonging ‘among the very top wind bands in the US' (Fanfare). With this addition to Naxos's popular Wind Band Classics series the Ensemble explores the music of four musical trendsetters—Hindemith, whose exhilarating Symphony convinced other leading composers that the wind band is a legitimate medium for serious music; Holst, whose First Suite is regarded as a cornerstone of the band repertoire; Schwantner, whose…and the mountains rising nowhere calls for amplified contrabass, piano and 46 percussion instruments; and Grainger, whose Lincolnshire Posy is considered a pinnacle among his folk-music settings. 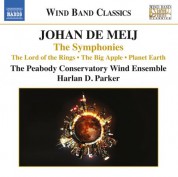 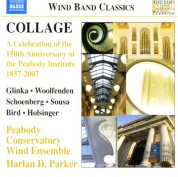 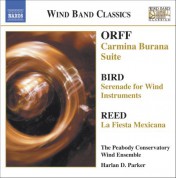