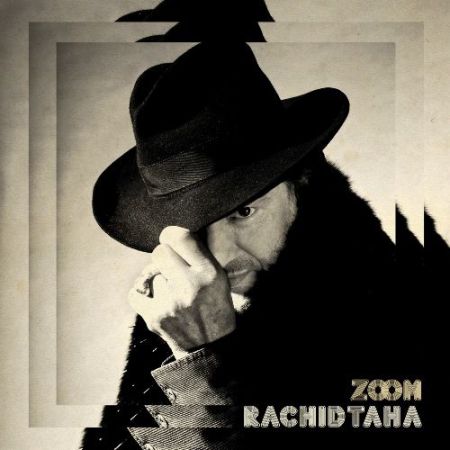 Zoom is Rachid Taha's new solo record, his 9th since he left Carte de Séjour in the 90's. It's above all a return to grace placing the Algerian singer at the forefront again.
Recorded between Paris and the Real World studios in the UK, Zoom is produced by Justin Adams (Juju, Triaboliques, Robert Plant), numerous and prestigious guests have participated to the album: ex-Clash Mick Jones, Brian Eno, Rodolphe Burger, Cheba Fadela and Jeanne Added.

Zoom is another step down the musical path that saw the Algerian singer marry electric guitars and the Arab oud, but this is also a Zoom into the future. Like every new album of his, Rachid Taha wants to continue writing a story in which he plays the hybrid, fantasy hero who's one-third Sinbad, one-third John Wayne and one-third Alan Vega.

Zoom is the result of a way of thinking, an aesthetic approach. And the symbol of this convergence between the two cultural horizons that produced him is the presence of Elvis Presley and Oum Kalsoum on the same album. He does a languorous, English and Arabic duet cover version of the King's Now Or Never, a romantic standard adapted from the famous O Sole Mio. He samples Oum Kalsoum's voice on Zoom sur Oum, a very Gainsbourgian tribute to the "fourth pyramid of Egypt" with words by Jean Fauque, long-time lyricist of Alain Bashung, Rachid's sorely missed friend.

Zoom is made the most complete, most film-like record of the career of a man who grew up under the spell of Elvis and Bollywood films, spaghetti westerns and Egyptian melodramas. It features a star-studded cast including Mick Jones (formerly of The Clash), Brian Eno and Rodolphe Burger, and a cover version of Voilà Voilà (bonus track) with special guests like Agnès B, Rachida Brahkni, Eric Cantona, Femi Kuti and Christian Olivier to stand up to the prevailing xenophobia. Like a tracking shot in a Godard movie, Zoom is also a movement in which aesthetics underpin a moral and political commitment. More than ever, Rachid Taha's asserts his unique style and atypical identity - a rocking dervish whose rebel spirit is always tinged with oriental sensuality.
Eser Listesi 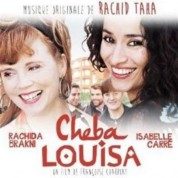