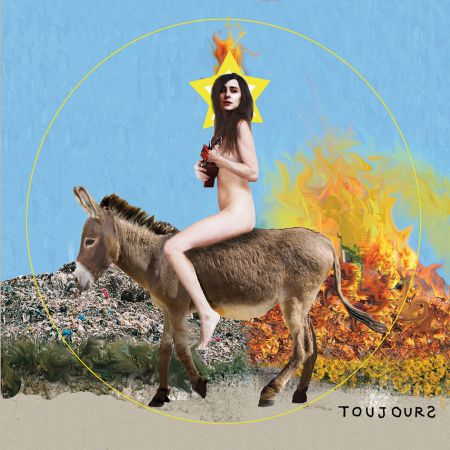 The singer of avant-garde electro-punk outfit Brazilian Girls, Sabina Sciubba is a multi-lingual artist whose music transcends both space and time. Across no less than five different languages, her straight talking debut solo album 'Toujours' is a compelling, intimate, narcotic dreamscape you might call The Parisienne Velvet Underground and Nico, with a surprising sense of humour. Equally adept at casting opinion as well as writing songs, Sciubba is a modern day heroine, skilled in the art of elegant seduction. Cut from the same rebellious cloth as other uncompromising femme fatales Patti Smith or Madonna, whilst channelling the visual impact of Grace Jones and Bjork (one billowing outfit appeared to be a ventilation shaft, made of crepe), she is a fearless woman, whose passion for speaking her mind - in German, Italian, French, Spanish, and English - only enhances her sophisticated lo-fi pop music. Born in Rome to German and Italian parents, raised in Munich and Nice, and discovered in Hamburg at age 19 by virtuoso guitarist Antonio Foricone before relocating to New York to lend her stunningly sultry vocals to Brazilian Girls (incidentally one girl - Sciubba - and no Brazilians), the new album was written on guitars in Paris and has found Sciubba reunited with Brazilian Girls producer Frederick Rubens. Whilst Brazilian Girls was successful in shaking hips across American and European dance floors, Sciubba's solo project allows a moment to step back and truly appreciate the vocals of this unique and special artist. An old-school maverick spirit, Sciubba is a lifelong musical obsessive who, as a child, wanted »to marry Michael Jackson«, before veering off into left-field jazz, Billie Holliday and global underground electro-pop. »I'm so extreme in my personality, I go very much all the way with what I like, until I overdose,« she notes, rather tantalisingly. Today she remains uncompromising, »too idealistic«, maintaining her originality in the face of a traumatised, risk-averse music industry. For her, it's all about creative freedom - something she is set to unleash when she hits the road touring across Europe with a full band in tow throughout 2014. Recording: 2013 by Frederik Rubens and Sabina at Akirira and Davout Studios Production: Frederik Rubens and Sabina
Katkıda Bulunanlar
Sosyal Medyada Opus3a