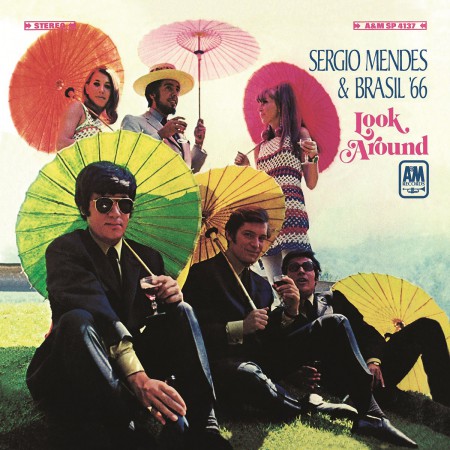 For most of the second half of '60s, Sérgio Mendes was the top-selling Brazilian artist in the United States. Look Around is his third studio album with Brasil '66, released in 1968.
Sérgio Mendes delved further into Brazil, and out came a gorgeous record of Brasil '66 at the peak of its form. Performance credits goes to Lani Hall (vocals), João Palma (drums), John Pisano (Guitar), José Soares (percussion, vocals), and Janis Hansen (vocals). The tune "The Look of Love" was performed on the Academy Awards in 1968. The public response was huge, a single was released, and it become number four on the pop charts. Mendes also included "With a Little Help From My Friends" from the Beatles' Sgt. Pepper LP.
Look Around was placed second in the Jazz Album Chart in 1968. The album was, and is still a gold mine. This essential Latin Jazz record is finally available on 180 gram audiophile vinyl! 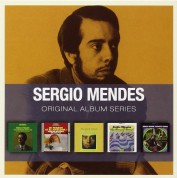