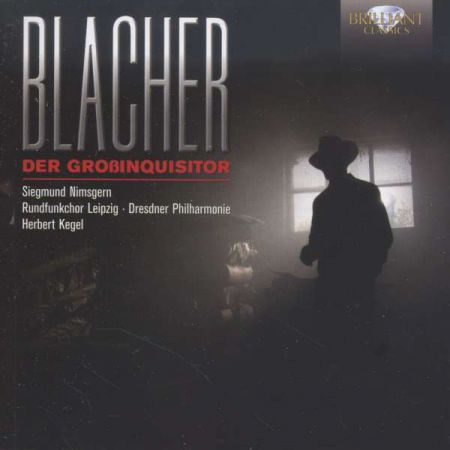 Boris Blacher’s oratorio, Der Großinquisitor, was only half finished in 1943. Having found himself in truly dire straits – forced to withdraw from musical life thanks to his inclusion on the Nazi register of Jews in music, and hit by a particularly nasty relapse of tuberculosis – it took the friendship and hospitality of his pupil, Gottfried von Einem, to help him regain his health and confidence, and finish the oratorio.

The text is based on Dostoyevsky’s novel, The Brothers Karamazov, illustrating Jesus’s return to earth in 16th-century Seville. The depiction of the heretics burned to the glory of God could not be a clearer reflection of the fate of the Jews at the hands of the Nazis. Distinct from the other works in Blacher’s oeuvre thanks to its seriousness and tonal harmony, Der Großinquisitor also contains elements that are typical of the composer’s style, such as terse rhythms and seemingly aimless melodic lines.

The role of the Inquisitor is sung by German bass-baritone, Siegmund Nimsgern, who has enjoyed an international career as an opera singer, performing with the Royal Opera (London), Metropolitan Opera (New York) and the Vienna State Opera, among others. Alongside him is the Rundfunkchor Leipzig and Dresdner Philharmonie, conducted by Herbert Kegel.

Other information:
- The only recording of this moving oratorio by German composer Boris Blacher, recorded in May 1986 at the Lukaskirche in Dresden.
- The work is based on Dostoyevsky’s - The Brothers Karamazov, finding in it close references to the fate of the Jews in the holocaust.
- Exemplary performance by the great baritone Siegmund Nimsgern, and the Dresdner Philharmonie under 20th-century-music-champion Herbert Kegel.
Booklet contains liner notes on composers and the work, as well as the sung texts.
Eser Listesi 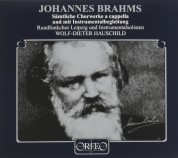 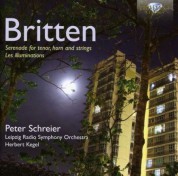 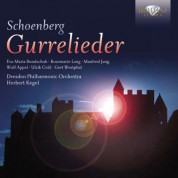 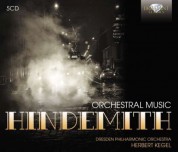