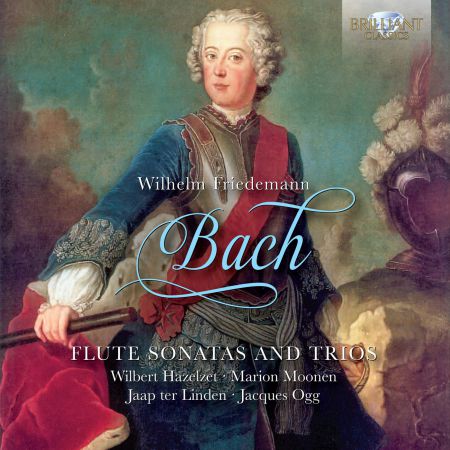 The rather damning assessment by Carl Friedrich Zelter that Wilhelm Friedemann Bach ‘had the tic douloureux of being an original character, growing apart from his father and brothers and resorting to foolish, petty, unprofitable dealings’ should not deter listeners from appreciating the musical talent of a composer who was among the main forerunners of the emerging Empfindsamkeit style. C.F. Cramer described him as ‘Germany’s foremost organ player’, and Wilhelm’s radical harpsichord concertos certainly refuted contemporary critics’ claims that he was simply a continuation of his father; this release, however, is dedicated to a small corner of his output, chamber music with flute, and details two works which may be among the three lost sonatas for flute and basso continuo.

Indeed, though they retain much of the Baroque tradition, these salon works nevertheless betray Wilhelm’s independent style through their use of daring modulations, thoroughly modern motivic treatment and finely shaped melodies whose course can rarely be anticipated. It is likely that some of the sonatas were adapted from W.F. Bach’s clavier music, in view of the fact that many of the virtuoso features are not entirely suited to the flute – The Siciliano of the E minor sonata, for example, is also found as the middle movement of the harpsichord sonata WFB A 10 – but this does not detract from their charming, even at times slightly unpredictable, nature. Featuring a wealth of engaging performances from some of The Netherlands’ leading period instrumentalists, this release presents Bach aficionados with a rare opportunity to tap into a little-known area of the oeuvre of Johann Sebastian Bach’s eldest son.

Other information:
- Recorded 24–26 January 2005, Lutherse Kerk, Haarlem, The Netherlands.
- This CD presents Wilhelm Friedemann’s works for flute, either as solo sonata or in trio combination, music of great beauty, melodic charm and invention and instrumental brilliance.
- Although the output of Johann Sebastian’s eldest son is comparatively small, the significance of his style, as a logical and truthful successor of his father, is great. His style, based on the Baroque principles, is free, adventurous and forward-looking, the “Empfindsame Stil”. It serves as a bridge between the Baroque and the Classical Period.
- Played by the best Dutch Early Music specialists on period instruments.
- Contains detailed notes on the music and instrument specification. 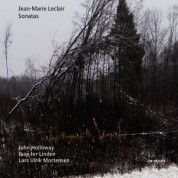 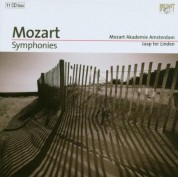