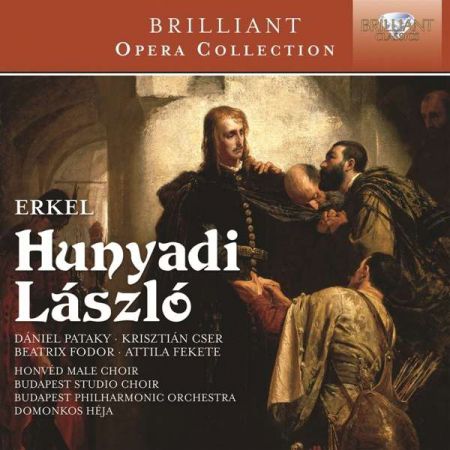 Only two years after joining the Hungarian Theatre of Pest as its director (which was only a few months after it was established), the young Ferenc Erkel staged his own opera, Bátori Mária, the first composed to a Hungarian libretto and which effectively transformed the theatre into a national symbol. Nevertheless, the work itself did not yet fit the category of ‘national’, neither in its theme nor in its music. Spurring the acceleration of events in Hungarian theatrical life, it paved the way for Erkel’s next opera, Hunyadi László, based on a libretto by the contemporary writer, actor and composer Béni Egressy. It was with this work that the Hungarian musical drama was at last born.

Hunyadi László’s text focuses on a tragic moment in Hungarian history, captured through the fate of the Hunyadi family and which gave the nation a hero of European significance for his role in the wars against the Ottomans. László Hunyadi does not triumph; he hopes, dreams and suffers, and his yearning for happiness and independence struck a chord with a nation that had been living under the yoke of foreign powers for 300 years. By 1884 the work had been performed an astounding 250 times at the National Theatre, and its musical material and later insertions – as performed in the era of the premiere – remained in use until 1927. After 1935 it was greatly revised, its libretto modernised and the scenes reduced down to three acts. This 2012 recording – led by the then newly appointed music director of the Hungarian State Opera Domonkos Héja, who has done much to promote the music of the country’s great nationalist composer – sees the performers return to the original version, which, in spite of its archaic style and oft-criticised clumsiness, talks in a more authentic manner about the era that created the national opera and made Hunyadi László an integral part of the identity of Hungarian audiences.

Other information:
- The first issue in a series of new recordings for Brilliant Classics from the world famous Budapest National Opera, Hungarian operas, featuring an all-Hungarian cast and recorded in the Erkel Theatre in Budapest.
- Ferenc Erkel was one of the foremost romantic composers of Hungary, one might be tempted to call him the Hungarian Verdi. His operas were based on the rich, long and troublesome history of his home country, and are the first to be written in Hungarian. The plot centres around the hero Hunyadi László in his fight against to ruling Ottomans in the 13th century.
- Excellent performances by Hungarian forces, the crème of the Budapest National Opera, with its long and famous tradition, in which also Gustav Mahler played his role (he was director of the Budapest Opera for several years).
- Extensive liner notes in the booklet, the libretto in original language available for download by clicking on 'Download booklet' below the cover.
- “Dániel Pataky has demonstrated in the role of the king that he has more than great promise for the future; he is a premier tenor.” (Operaportal, 2008) 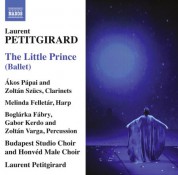 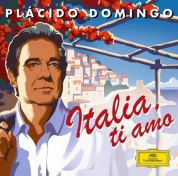